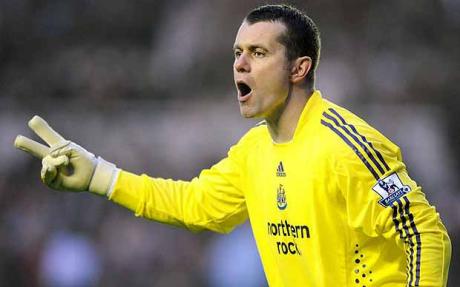 SHAY GIVEN SIGNS FOR MIDDLESBROUGH ON LOAN

Lifford goalkeeper Shay Given has joined Middlesbrough on loan from Aston Villa. 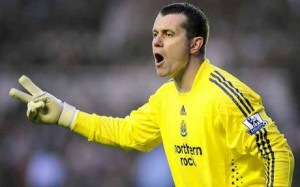 Shay Given has gone out on loan.

The 37-year-old former Irish number one joins for a month after Boro’s first-choice keeper Jason Steele was given a three-match ban for his sending-off at Leeds United.

Given has been back-up to Brad Guzan at Villa Park since being displaced as number one in August last year.

He has made 599 career appearances in spells with Blackburn, Newcastle, Manchester City and Villa.

But he has not played since January’s FA Cup defeat by Millwall and earlier this term was linked with a move to Doncaster.

It is unclear if an option has been pencilled into the deal to allow the Donegal man to sign a more permanent deal if things work out.

Shay had been linked to a number of clubs including Liverpool and Celtic.

SHAY GIVEN SIGNS FOR MIDDLESBROUGH ON LOAN was last modified: November 29th, 2013 by Stephen Maguire
FacebookTweetLinkedInPrint