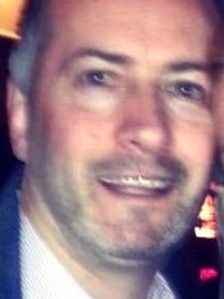 CELTIC Football Club has expressed its sympathy to those who died in Friday night’s helicopter crash.

One of those who sadly passed away was Gary Arthur, the father of Chloe Arthur who plays for Celtic Women´s first-team.

“The thoughts and prayers of everyone at Celtic, including all of Chloe´s team-mates and friends at the club, are with Chloe and her family at this desperately sad time,” said a club spokesman

“Those thoughts and prayers are, of course, also with the families of all of the victims of this terrible tragedy.”

Celtic Women’s Manager, David Haley, said: “This is devastating for Chloe and her family. It is a tragedy that Chloe’s father was one of eight innocent victims in this terrible accident – he was regularly seen at Celtic matches, watching his daughter.

“Chloe and her family have the full support of everyone at Celtic and across the women’s game at this very sad time.”

A minute’s silence will be held tomorrow (Sunday) before Celtic´s Scottish Cup tie against Hearts at Tynecastle.