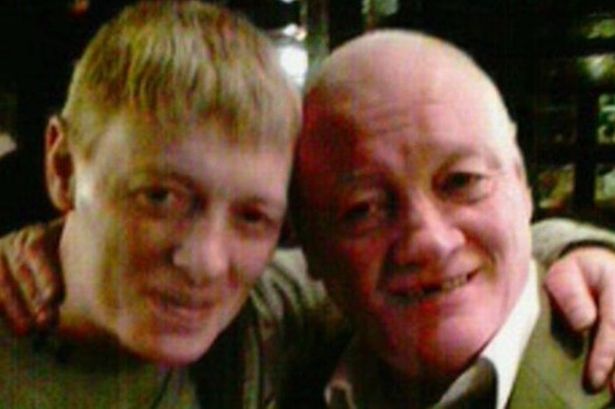 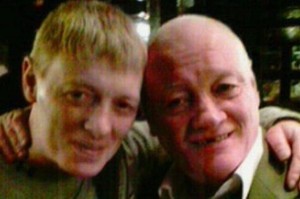 John Jnr, left, pictured with his dad on a previous visit to the same bar

A MAN with strong family links to Co Donegal is among eight people who have died in the Glasgow helicopter crash.

John McGarrigle, (59), was at the Clutha Bar in the city on Friday night when a police helicopter ‘fell from the sky’ and smashed into the roof of the premises.

John has many relations in the Letterkenny area and often returned to visit them.

His son – also John – spent all day at the site. He told the BBC News Channel that his dad is “probably lying underneath that helicopter”.

He said: “The realisation, and just a deep instinct … kicked in right away as soon as I heard there was an accident at Clutha. I just knew something bad had happened to him.

“When I came round and seen where the position of the helicopter (was) that was when I knew, because he sat in that spot all the time, where the ‘copter hit.

John. 38, spent hours around the police cordon waiting to hear news on his dad.

He said his dad often went to the pub and usually with the same two friends.

One of them stepped outside while the other went to the toilet when the chopper fell from the sky.

And John Jnr revealed he could have been killed also.

“I would have been sitting there right next to him if I hadn’t met  my girlfriend earlier in the night,” he said.