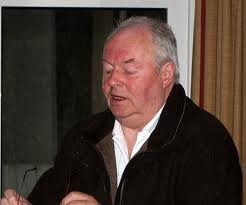 The principal of Deele College in Raphoe, PJ McGowan, has welcomed the announcement of a new extension for the school.

Deele is the only school in Donegal to be approved for an extension and refurbishment, which is to commence in early 2014.

It is hoped that it will be completed to coincide with the school’s 50th anniversary.

Situated in the heart of Raphoe, Deele College, a DEIS school, has a wide catchment area, covering eighteen feeder primary schools. The first extension opened in 1985 and this was designed to cater for 420 students. There are currently 520 students in attending the school and the enrolment each year is increasing.

In keeping with the emphasis on STEM subjects (Science, Technology, Engineering and Maths), the new extension will see new science laboratories and a tiered demonstration area, a Design and Communications Graphics Room, a multimedia learning laboratory and new IT suites, equipped with the latest technology, all that is needed in terms of technology in the 21st century.

There will also be a new Home School Community Liaison Facility. The sports facilities at the school will also be enhanced, with the addition of a new fitness suite.

Speaking following the announcement, school Principal; Mr PJ McGowan said that he was delighted with the announcement and that it was vitally important for the school to be granted this extension and refurbishment.

“This extension is timely, given the introduction of the new Junior Cycle, which will place more emphasis on projects and assessments. The new extension will afford us the space to cater for this evolution.”

He concluded, “We look forward to welcoming back our past students for the 50th anniversary in our new surroundings, which will mark a new era for the school.”