Letterkenny Town Councillor Jimmy Kavanagh has been selected to go forward for selection for the forthcoming county council elections. 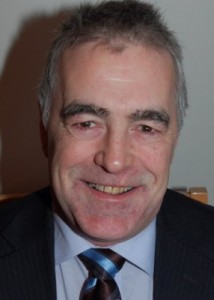 Cllr Kavanagh was selected at a recent meeting of the Michael Collins/Dr.McGinley branch of Fine Gael in Letterkenny.

Cllr. Kavanagh was proposed by Eddie McKeever and seconded by Doreen Sheridan-Kennedy.

Cllr. Kavanagh was elected to Letterkenny Town Council in 2009, if he is selected at convention he will be contesting his first County council election.

Speaking after the meeting Cllr. Kavanagh said he was delighted to have been selected by his local branch to go forward to convention, and that he would relish the opportunity to contest a county council election, if he was selected at convention.

He added that he was proud to have represented the party at Town Council level over the last four and a half years, and was looking forward to the party convention in the New Year.