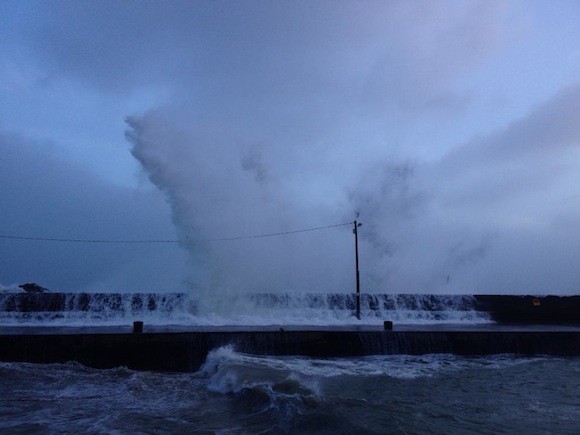 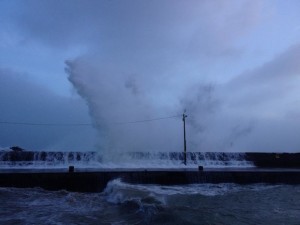 The gust – at 130km/hr – was recorded at the weather centre at Ireland’s highest point.

“It was recorded just after 10am,” said forecaster Nuala Carey.

“Thankfully the highest winds have passed and it is slowly starting to settle down.

“It will remain very wind across the North West but it won’t be as windy as it was in the early hours of this morning.

Some snow flurries may fall on higher ground this evening; with rain and hail for the rest of the county.

The worst of the weather is in Britain where a storm surge in the North Sea will create the worst coastal conditions in 60 years.

ESB continue to re-connect hundreds of homes in Donegal which were without power as a result of the storm. More than 2,000 which were cut off have had power restored.

Homeowners have reported damage to homes and property with fences ripped up and roofs ripped off sheds. Carndonagh lost its Christmas tree.

Donegal County Council staff have worked since the early hours to remove trees blocking some roads in the county.

Our earlier report is here: