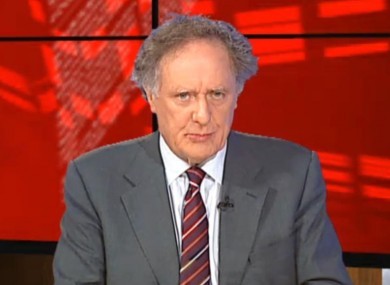 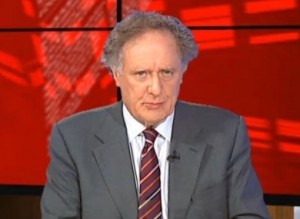 DONEGAL TD Padraig Mac Lochlainn has been involved in a ding-dong TV battle tonight over the assassination of two senior RUC officers.

CS Breen had been involved in the SAS killings of eight IRA members in Loughgall two years earlier when security forces bugged the home of a Provo leader and then ambushed them.

Judge Peter Smithwick this week ruled that a Garda mole had “on the balance of probabilities” helped the IRA team in the killings of the two RUC members.

Tonight Sinn Fein deputy Padraig Mac Lochlainn found himself taking on three other guests – and the presenter – on Tonight with Vincent Browne.

The Inishowen politician was challenged by Browne: “Do you think it was the duty of people to murder innocent unarmed people?”

Deputy Mac Lochlainn responded: “Do you think it was the duty of Michael Collins to kill 500 RIC members during the War of Independence?”

The Donegal TD said he wouldn’t allow people to accept the violence of the 1920s and not the 1980s.

He said nationalists had fought a sectarian state during the Troubles. He also insisted that republicans in this generation had taken the vast majority of supporters to a peaceful resolution of the conflict.

“I’m not going to have a narrative presented that there were good guys and there were bad guys,” said Deputy Mac Lochlainn.

A clearly shaken and angry Vincent Browne said he didn’t normally comment on such matters and repeated the question.

Charlie Flanagan said Sinn Fein’s comments would ensure they’d never get into Government in the Republic, to which Mac Lochlainn replied: “We’d certainly never go into government with you.”

Viewers reacted angrily with one saying Browne was “brainwashed” while another described the RUC as the “Klu Klux Klan”. 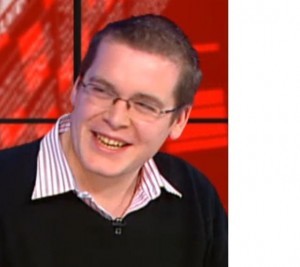 PR guru John McGurk, who was doing the newspaper review, commented: “Anyone who votes Sinn Fein needs their heads examined.”