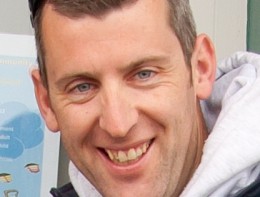 WHAT A STAR! DONEGAL’S KILLIAN NAMED NATIONAL VOLUNTEER OF THE YEAR 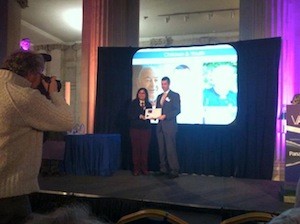 Donegal Foróige volunteer Killian O’Kelly has been named national volunteer of the year.

Killian has been supporting the Foroige Bundoran Neighbourhood Youth Project for 5 years now.

“This allowed us to sustain the project. Five years on and the project is really going from strength to strength. We are now a full time Youth Project in Bundoran with over 22 volunteers and with huge community and family support. Our services are now on offer to more than 200 young people and families in the Bundoran area alone.

“Not only did Killian support the project when we needed it most but he also came on board and offered free surf lessons to over 30 young people every summer throughout the last 5 years. Some of the young people who started out learning to surf 5 years ago are now youth surf coaches!

“Killian has provided endless opportunities for the young people. The young people look up and admire Killian as such a positive role model. They really admire the way he is always so kind, giving, and supportive and more importantly fun to be around. We could never thank Killian enough for all he does for the Foroige Bundoran Neighbourhood Youth Project.

Killian was named Volunteer of the Year in the Youth/Children’s category at the Volunteer Ireland Awards last night.

The ceremony was held at Dublin City Hall – and the award presented by RTE’s Keelin Shanley.