A HAPPY TAIL! THE JACKSON FIVE FIND HOMES IN DONEGAL 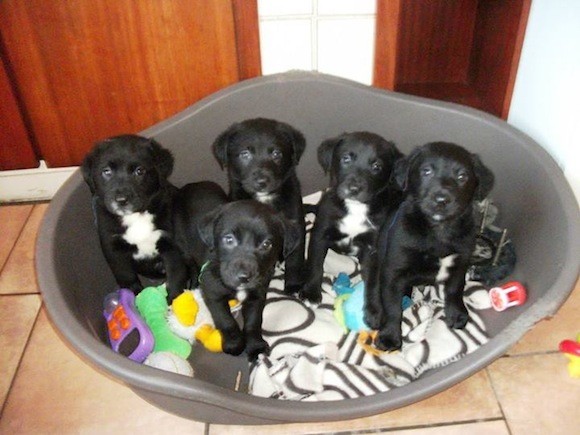 The pups are fit and healthy today after being dumped to die just a month ago.

All five pups which were abandoned in a cardboard box in a forest in Ballybofey have now been rehomed.

The week-old pups were just hours from certain death when a walker heard their cries.

The pups, Labrador crosses, were handed over to the Donegal Pet Rescue group in a suitcase by the man who found them.

The group then found a foster bitch in a bid to try and help the pups survive.

The pups, dubbed the Jackson Five, all made it and they have been booked by new owners.

Ryan McCauley from Donegal Pet Rescue said it is great to think that all dogs have found loving homes despite being left out to die.