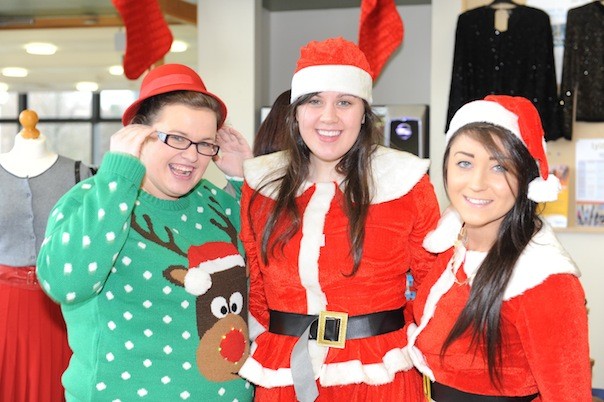 Christine Farren, Mary Healy and Louise Mulvaney pictured at the LyIT Christmas Fair which is run each year to support student families at Christmas time, the Fair in the past has raised substantial funds for students. This year’s offerings include Christmas Wreaths, Yule-time logs, Candy Cane baskets, jewellry box sets.. the perfect stocking fillers. (photo by Paddy Gallagher)

The idea of the Fair was specifically to raise funds for under privileged student families, many with young children, who are struggling to cover the cost of Christmas. 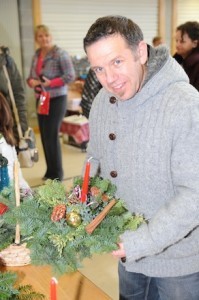 John McClean pictured at the LyIT Christmas Fair where he hopes to sell some Yule Tide logs and Cristmas Wreaths. The proceedsof the Fair at LyIT will go towards assisting the families of students at Christmas time.

The Fair played host to many regular fair exhibitors, who sold various treats and creations, which ranged from hats and scarves, to honey, apple jelly, chutneys and greeting cards, gift labels, jewellery and fashion accessories.

A modest €1 student admission (€2 staff/outside public), was the entry, which entitled all those who attended to be included in a free draw.

€1,664 was raised and this fund will be made available to those most in need by the Chaplaincy Office, at LYIT. 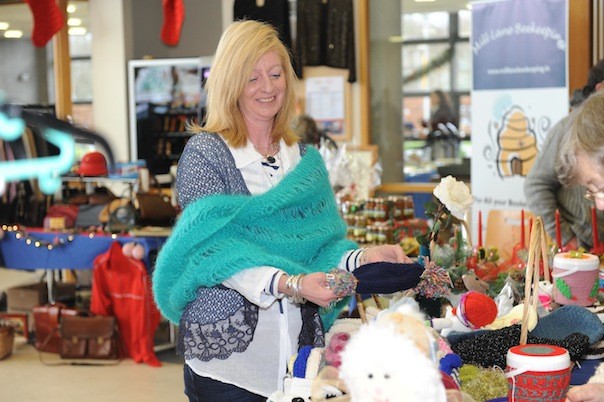 Aoife McDonnell, Cara House, Market Square, Letterkenny pictured at the LyIT Christmas Fair with handmade knitwear and hand made baby clothing among the many items on display at the Cara House display stand. The Fair is organised by the Student Union in LyIt and will support student families who are in need at Christmas. (photo by Paddy Gallagher).