MAN WAS TAKING HEROIN IN TOILETS OF MR CHIPPY 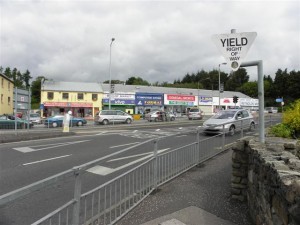 A MAN has admitted taking heroin in the toilets of a chip shop.

Joe Gallagher, who is 42, from Benroe, Bruckless, was arrested by Gardai after a tip-off from staff at Mr Chippy in Letterkenny on February 19 this year.

When officers searched Gallagher they found heroin with a street value of €30, two spoons and a syringe.

Defence solicitor Rory O’Brien said his client had been a drug user in the past and the incident was a relapse. He had been clean since the incident, he said, and Gallagher was “embarrassed and remorseful.”

Mr O’Brien went on: “He (Gallagher) will say that he was less culpable of the two individuals. The drugs belonged to the other man; he thought he had more or less beaten the drugs – there was a relapse. He says he is not using anymore.”

Judge Paul Kelly adjourned sentencing until March 10 to allow for a probation report.

“I am doing this because there is a difference, it is unlikely this was a once-off considering the drug that was involved,” said the judge.