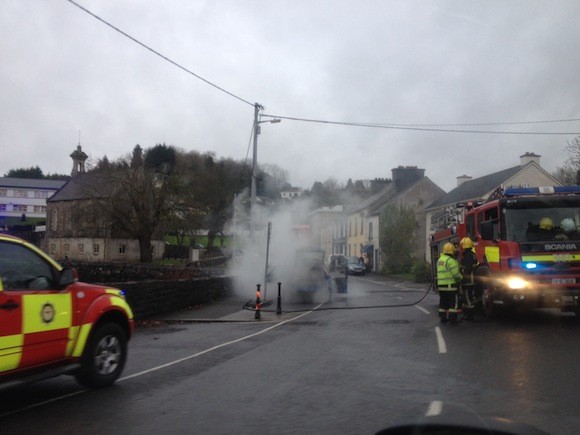 Fire crews at the scene of the blaze a short time ago. Pic Donegal Daily staff

BREAKING NEWS: Gardai and fire crews are at the scene of a burning car in Donegal Town.

The incident – close to the bridge – has led to road closures and traffic is being diverted away from the area.

Local people say the car appeared to “burst into flames” without any noticeable cause.

No-one has been injured.

Fire officers and Gardai will carry out a forensic investigation once scene has been preserved.