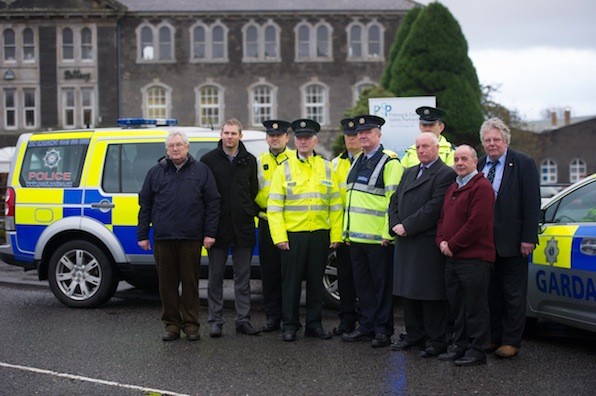 The head of the Garda Traffic Corps in Donegal has warned that some people continue to drink and drive on the county’s roads.

Inspector Michael Harrison was speaking at the launch of the Anti-Drink Driving Campaign which will continue until January 14th.

Inspector Harrison revealed that almost double the number of people have been killed on Donegal roads so far this year compared to last.

A total of 12 people have lost their lives up until yesterday compared with just 7 for all of last year.

Speaking at the launch in conjunction with his PSNI colleagues, Inspector Harrison warned ““A minority of drivers continue to selfishly ignore all the advice that has been offered in relation to drink driving.

“Therefore, I wish to remind all drivers that the Gardaí will be increasing our focus over the festive period to ensure that anyone drinking and driving will be arrested and could face a court appearance and disqualification from driving.

“Enforcement of the drink-driving legislation remains a major priority as part of our ongoing commitment to reducing road casualties.”

The Milford-based Garda admitted that over the years he has witnessed some very tragic scenes in Donegal.

“It is often the same when we are called to fatal accidents. People not wearing seatbelts, speeding and people drinking and driving.

“It is so frustrating to arrive at the scene of a fatal accident and to realise that people have lost their lives and a family has lost a loved one because people continue to make these mistakes,” he said.

The launch took place near Belleek on the Donegal/Fermanagh border.

The launch demonstrates continued cooperation between the Garda and PSNI in the area of road safety and particularly in the enforcement of Drink Driving legislation on both sides of the border.

The campaign is backed by the Donegal Road Safety Working Group (DRSWG) as part of their ongoing road safety awareness programme. Stephen Lambert, Chairman of the DRSWG said, “If you’re going out this Christmas with friends, make the most of the festive season, but don’t chance drinking and driving. Leave your car at home and don’t risk your life and the lives of others.”

The Donegal Road Safety Working Group has also issued the following advice to road users especially over the festive period.

Drive at a safe speed appropriate to the changeable wintry conditions

Ensure that all passengers – front and rear – are wearing a seatbelt

Drive with dipped headlights even during day light hours

Remember drunken pedestrians are also a danger to themselves. If necessary make arrangements to get home safely if you are planning to walk home after a trip to the pub.