BRIAN FINDS HIS PORT AFTER WALKING THE LINE! 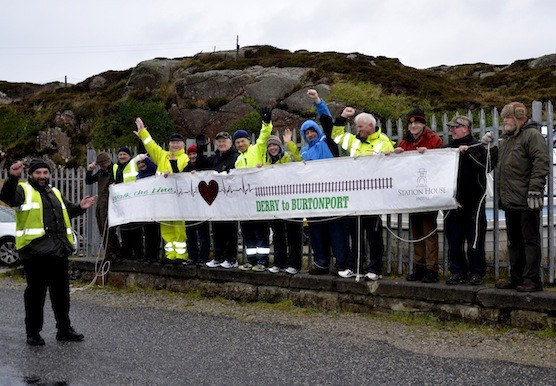 Brian Mc Daid celebrates last night as he reached the end of his walk from Derry to Burtonport for health Awareness last night.

It was an inner journey as much as an outer journey.

Over the years, many people have been the focus of Brian McDaid’s scoping lens.

A face in a crowd at a sporting event, a solemn funeral cortege or a tearful youngster starting school for the first time. 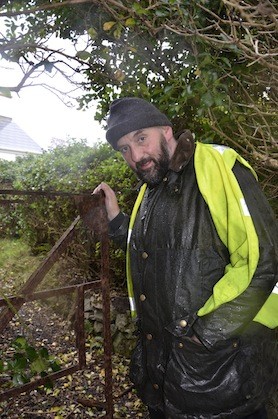 Gate closes on walk from Derry to Burtonport as Brian McDaid end his walk in Burtonport following a two week track by foot as he followed the line through Donegal to raise health awareness. Photo By Mary Rodgers

McDaid has captured many of the events that have shaped our county over the past three decades.

But for the past two weeks the well-known Donegal Democrat/People’s Press photographer turned the camera on himself.

His journey was a simple one.

Brian planned to walk from Derry to Burtonport, tracing the old railway line which was once the lifeblood of this part of the North West.

That his journey was dedicated to men’s mental health was an acknowledgement that many of us are still trying to find our own railway line in life if you like.

Along the way Brian made numerous videos which he posted on Facebook recalling the history of the area dotted by old station houses or viaducts.

Many people decided to tag along with Brian on his journey of self-discovery. 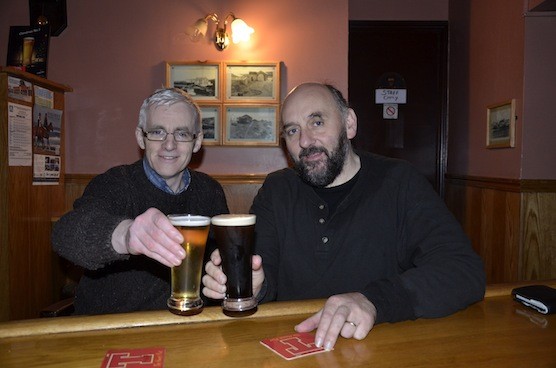 This reporter (and hopefully still friend of Brian!) is now sorry that he used the excuse of family commitments and the rapidly-approaching festive season pressures not to tag along.

However several people did make it to Burtonport yesterday as Brian finally ended his two week walk of discovery.

Among those there to greet he father-of-three was MEP Pat The Cope Gallagher, Cllr David Alcorn and Brian’s former work colleague Paddy Walsh.

Paddy and Brian toasted the end of the journey with two glasses of well-deserved liquid refreshments.

An altogether different journey of self discovery will be needed to find out exactly why they were drinking half-pints and not pints!

Needless to say that and lots of other stories will be recounted in light of Brian’s little dander over several of Uncle Arthur’s dispatches over the festive season. 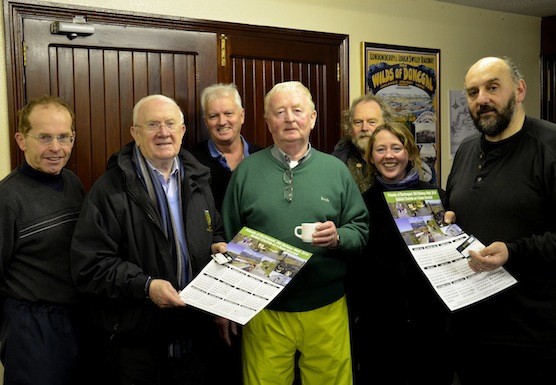 Pat the cope Gallagher MEP pictured with members of the Burtonport Railway Walkers Committee as they make a presentation to Brian Mc Daid who completed the walk for Derry to Burtonport on Sunday.