GYM’LL FIX IT FOR PEOPLE OF KILLYGORDON 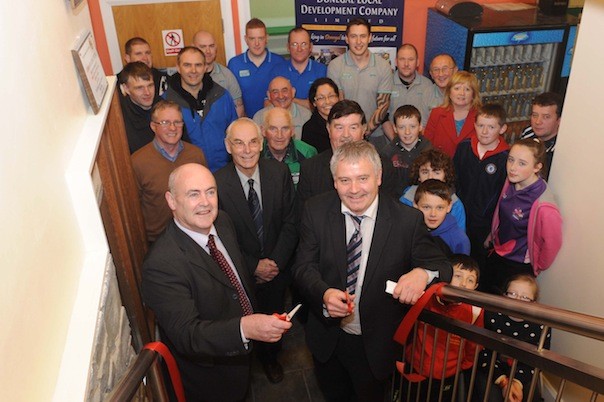 The community of the Finn Valley and particularly those in the Crossroads and Killygordon areas will now have no excuse if their New Year’s resolution is to be fitter and healthier in 2014.

A new state of the art gym has been officially opened and the membership is quickly growing.

The gym is located at the newly named NewCamp Sports Complex at Killygordon and will complement and enhance the already excellent facilities at the centre.

Funding for the facility was provided by LEADER which is administered by Donegal Local Development Company (DLDC).

Speaking at the official opening, Vice Chairman of DLDC said, “The Board was thrilled to be involved in such a tremendous investment in this facility which will benefit the entire community. 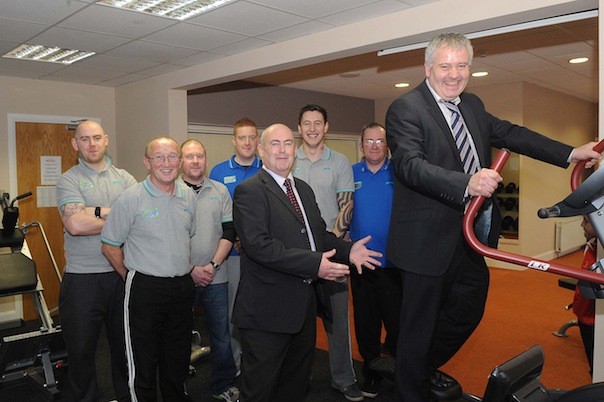 He congratulated the committee and paid tribute to their hard work in making the NewCamp complex such a tremendous amenity for the area.

He also noted that in this programme alone, LEADER had provided funding to over 200 projects administering €12.7M in funding with a total investment of over €20M including match funding.

John O Loughlin on behalf of the local committee thanked everyone involved, but particularly the Board members and staff of Donegal Local Development Company and in particular Martina Whoriskey for her help and said without them we would not be here today.

He also thanked the contractor Johnny Bradley including his workmen and Barry Mc Cullagh, the architect for the project. In closing, he also stated that he wished to thank DLDC again for their ongoing support this time through the “Tus” scheme and the “Jobs Initiative”, and in particular Ruth Cleary, Kate Campbell, Stephen Mc Namee, Bridget O Brien, Dean Mc Devitt and Eunan Brolly.

Cllrs Paddy Mc Gowan and Martin Harley who jointly officially cut the ribbon to open the Gym, also paid tribute to the committee and the local community who have developed the complex from a green field site to a state of the art facility.

The facility already hosts several outdoor amenities including the walking track, which is used, extensively by walkers and joggers, an astro-turf facility, playing fields as well as an indoor sports hall and meeting rooms.

This new facility will certainly complement the several other recreational amenities. The gym is open 9.00am – 9.30pm weekly and Saturday 9.00am – 3.30pm. Membership is now open for 2014 at very keen rates with Christmas Gift Cards available on request.