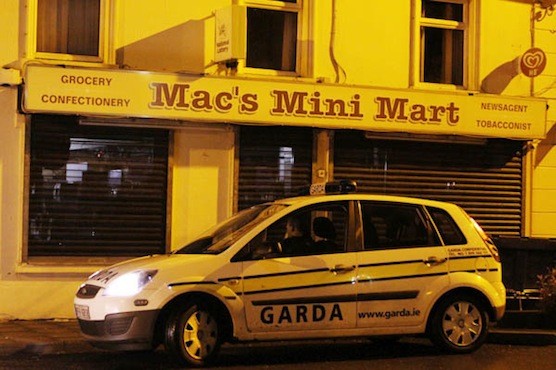 BREAKING NEWS: Gardai are at a shop in St Johnston after what is understood to be an armed robbery last night.

The incident took place at Mac’s Mini Mart on the town’s Main Street.

It is understood two men entered the shop just before 10pm and got away with a “substantial amount of money.”

A Garda patrol car is outside the shop and the shutters of the premises are pulled down.

It is understood Gardai are awaiting officers from the forensics investigation team to carry out a search of the premises at first light.

It is not known if anyone has been arrested in relation to the incident.

Gardai at the scene are remaining tight-lipped about the incident.

We will bring you a full report when further information is made available.