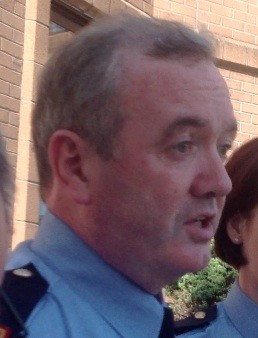 10 DRINK DRIVERS CAUGHT EVERY WEEK IN DONEGAL DESPITE WARNINGS

GARDAI arrested TEN people EVERY WEEK for drinking and driving in County Donegal in December – despite warnings from officers.

Up until yesterday officers made 40 arrests for drinking and driving during the Christmas campaign which began on December 1.

“It is particularly disappointing when you consider the highly publicised campaign launched by both An Garda Siochana and road safety groups,” said Inspector Michael Harrison.

The head of the Donegal Traffic Corps said the number of arrest represented a slight increase in 2012.

“It is clear that the despite all our warnings and all the warnings about the dangers of drinking and driving that there are still so many people who are prepared to risk their own lives and the lives of others by getting behind the wheel with drink taken,” the inspector told Donegal Daily.

“People who drink and drive and live to tell the tale pay an enormous price. They lose their driving licenses and the freedom to drive again and in some cases they lose their liberty.

“I have to once again ask people – is it worth the risk? I implore once again that people out and about for the remainder of the holiday period, if you are going to drink, never drink and drive. It could be the difference between the price of a taxi and the price of a life, and there’s no choice there.”

Thirteen people died in County Donegal’s roads in 2013, the latest being Maura Porter, a 70-year-old woman who died after being knocked down near her home in Carndonagh on Monday night. Gardai are keen to stress that there was no drink driving involved in that incident.

However the death has devastated a 13th family in the county.

TV presenter Gay Byrne, who spends a lot of his time with his family in west Donegal where he has a home, has blamed Garda cutbacks for the increase in road deaths, saying more officers are needed.