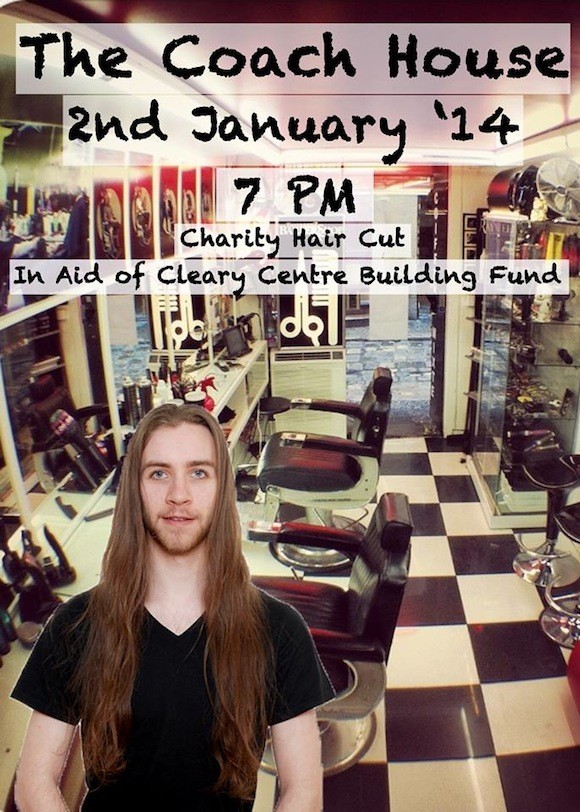 New Year, New Man. Stephen is getting rid of the hair and doing it for a great cause, the local (and much admired) Cleary Centre out near Lidl.

Stephen is well known in Donegal Town as a Barman and Photographer. He hasn’t lost his dulcet Laois accent but he has well adapted to the Donegal ways and comes out with the odd “wee” and “wild” now and again.

“All good things come to an end. I love my hair but it’s for a great cause and I’ve a woolly hat ordered for the reduced insulation”, Stephen told Donegal Daily.

The cut hair won’t go to waste either, it will be donated to the Rapunzel Foundation. Well known MoJoGoGo member Jordan Carty will be “in the mix” so it should be a good nights’ entertainment.

Scissors will be out tonight – at 7pm at the Coach House.

STEPHEN SET TO GET HIS HAIR CHOPPED – AND ALL FOR A GOOD CAUSE was last modified: January 2nd, 2014 by John2
FacebookTweetLinkedInPrint
Tags:
charityCoach House