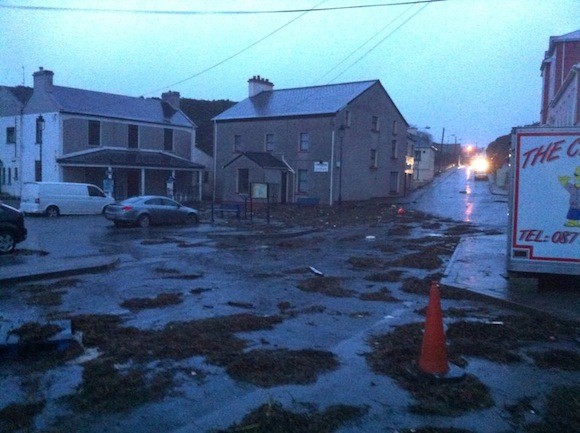 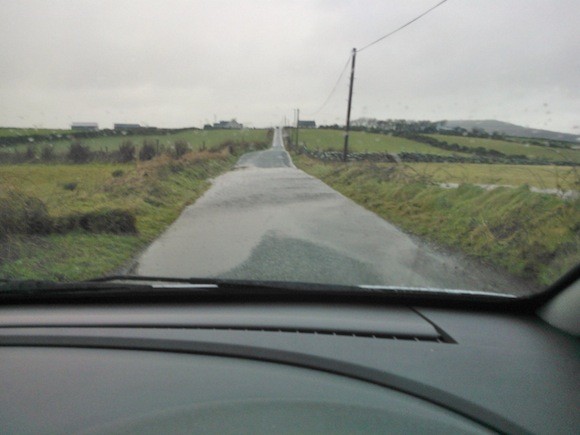 GARDAÍ are tonight appealing for “extreme caution” on many roads across County Donegal after the latest storm.

Readers are warning of dangerous conditions right across the county, with coastal areas the worst affected.

“There has been further heavy rainfall this evening and this is making driving conditions even more treacherous,” said a Garda spokesman.

Flooded roads – visible in daylight hours – may catch out motorists after dark.

Meanwhile ESB Network crews have restored power to more than a thousand homes today, mostly in the Glenties and Dungloe areas. 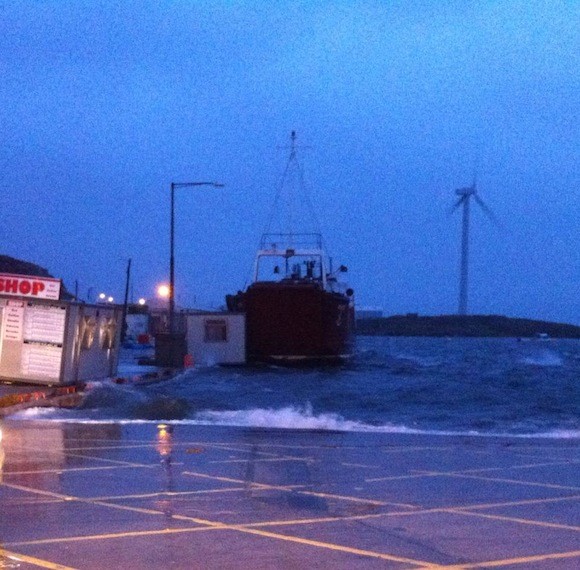 A portacabin hangs over the pier in Burtonport 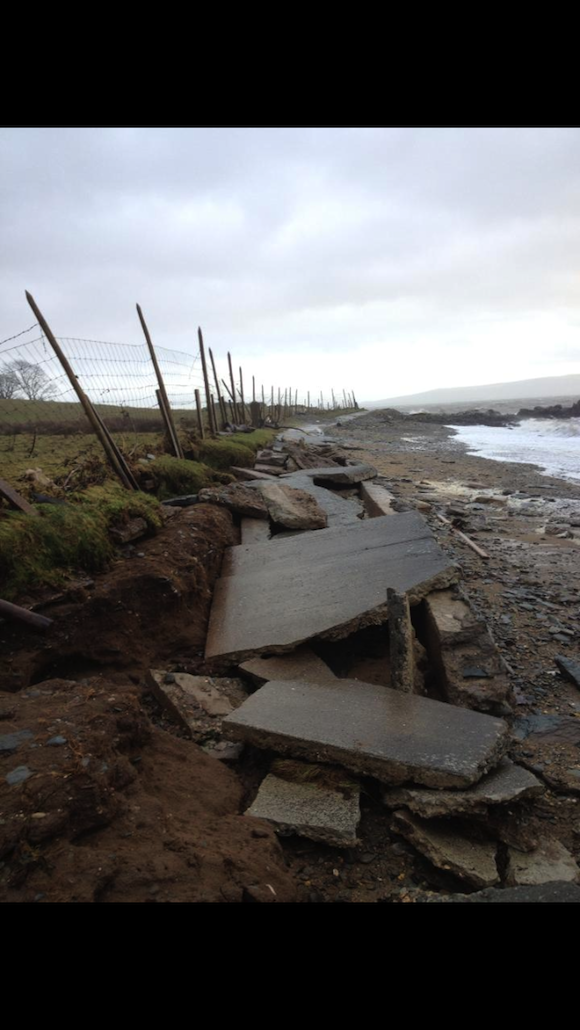 Coast walk at Moville – washed away in the storm 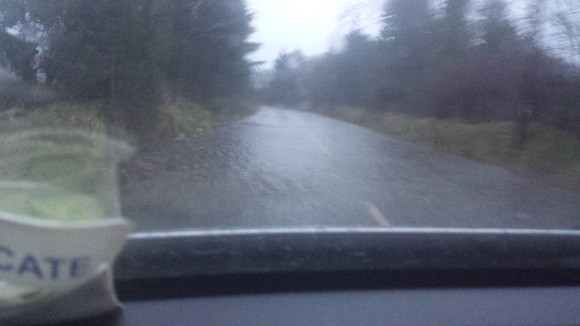 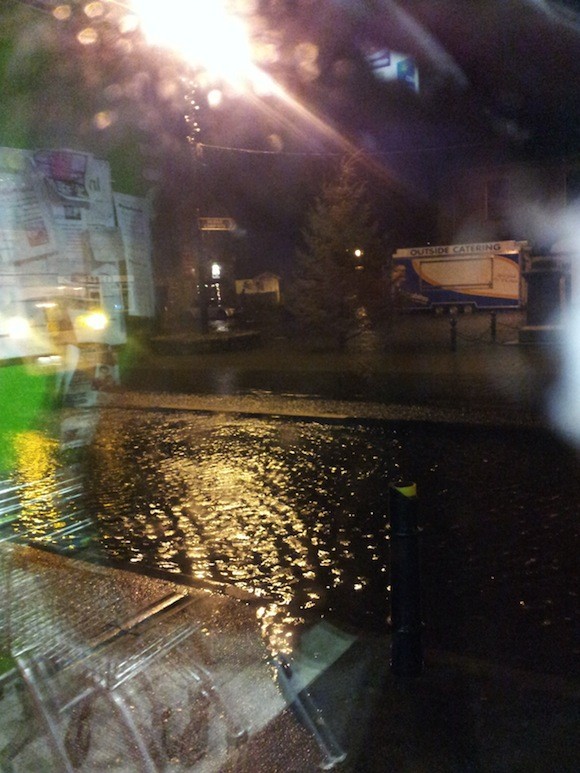 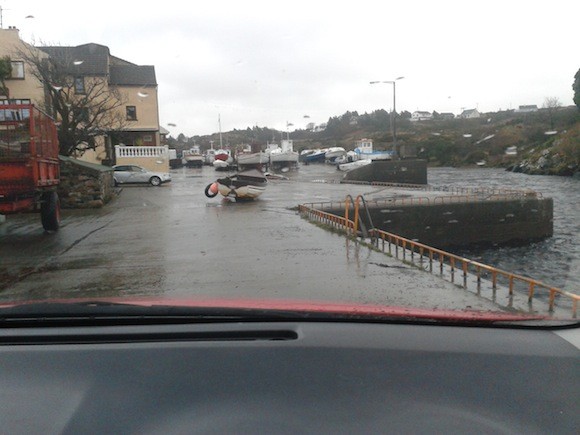 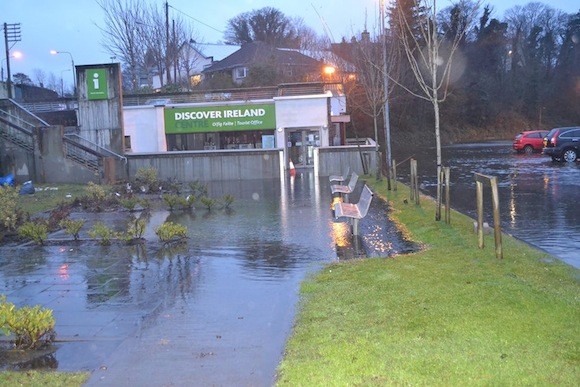