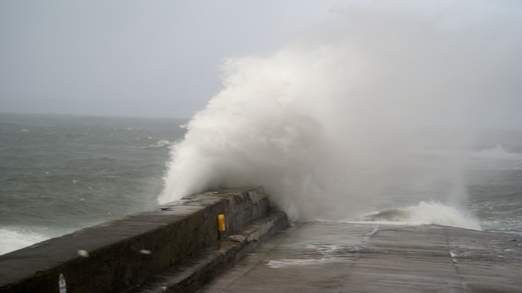 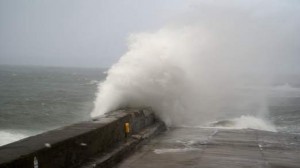 BREAKING NEWS: A dawn storm surge warning has been issued for Donegal.

High tides just before 7am could swell by up to three metres, causing flooding and damage in coastal areas.

The centre of a Low Pressure system will hit Donegal Bay in the early hours.

AA Ireland and Gardai have also issued a warning to motorists with wind speeds of 130km/hr expected.

Areas of Waterford and Cork were flooded on Thursday night and sandbag defences put in place in Belfast.

Met Eireann says Donegal will get pounded in the early hours of the morning through until after dawn. It will be lunchtime before winds ease.

A flood warning alert has been issued for communities along the west and north coasts of Donegal.

The Status Orange weather alert will remain in place until 2pm.

“Motorists should take extra care overnight and into Friday,” said a Garda spokesman.

“Driving conditions will be poor due to heavy rainfall and the possibility of trees being blown across roads.”