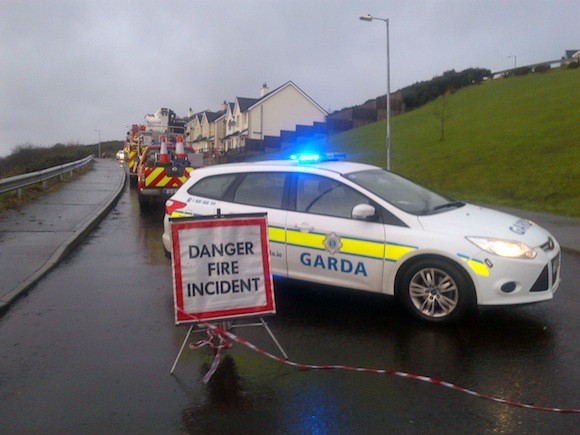 Two sisters have died in a housefire in Letterkenny

BREAKING NEWS: Two sisters have died in a housefire in Letterkenny.

The two sisters, aged 27 and 28, were found dead in the house at Ceannan View in the Mountain Top area.

The two sisters, who are believed to be from Letterkenny,were sleeping in the one bedroom.

A man, who was sleeping at the back of the house, escaped unhurt.

It is understood one of the sisters died at the scene but another was taken to Letterkenny General Hospital where she died a short time later.

Gardai have the scene blocked off and a full examination is underway.

There are also a number of fire utility vehicles at the scene.