Ben Sweeney Electrical is putting the people of Donegal in the picture for the New Year – at the right price. 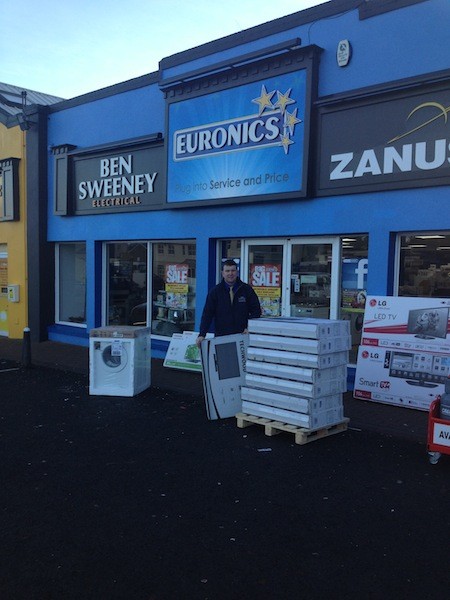 Raymond Sweeney of Ben Sweeney Electrical with just some of the bargains in store today.

The well-knwon electrical retailer with stores in Letterkenny and Dungloe, is slashing prices across the board.

And top of their list is a huge sale on televisions.

But it’s not just televisions that you will find real value on.

There is also a large range of vaccum cleaners from €49.95 and much much more.

But why take out word for it? Get down to Ben Sweeney Electrical in Letterkenny or Dungloe to see for yourself today.