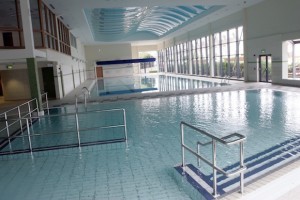 The new year brought encouraging news for the Finn Valley Centre in Stranorlar as its most recent project – the leisure centre – has been short listed for an award in the 8th annual LAMA Community and Council Awards in association with IPB.

The winner will be announced at a black tie ceremony hosted by Miriam O Callaghan in the Crowne Plaza ib Santry on January 25th.

Nominated in the category best community based initiative by Donegal Co Co who have worked in partnership throughout with Finn Valley AC on the project which came to fruition in the Autumn of 2013.

Valley A C chair Patsy Mc Gonagle described it as “a fantastic achievment to make the finals.”

He thanked council staff  for their work on the nomination.