DONEGAL LIGHTHOUSE TO BE INSPECTED AFTER RECENT STORMS

A lighthouse on Inishtrahull Island off the coast of Donegal is to be examined by personnel using a Government helicopter following the recent storms. 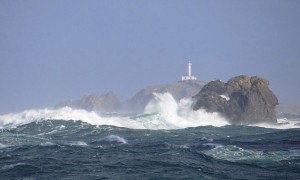 It is believed the lighthouse may be one of six which sustained damage during the strong winds and high seas.

Inshitrahull sits 10 kms off Malin Head and is uninhabited since 1929 but enjoys an abundance of wildlife and is a protected area.

The lighthouse has not been manned since 1987.