A Donegal woman has slammed animal welfare authorities after they allowed an injured swan to die in her garden shed. 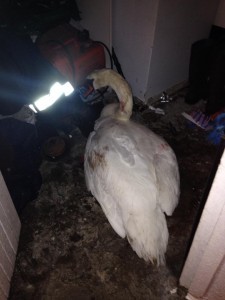 Caroline’s father PJ Reilly rescued the swan after it hit a powerline in Burtonport, this week.

Caroline put the swan, which they dubbed Sparky, into her garden shed and fed it.

Over the next three days she rang at least four different animal welfare bodies pleading with them to help save the swan.

Caroline revealed “I contacted a number of animal agencies and they said they would look into it.

“I told them what had happened but that the bird was still drinking water but needed to be helped.

“Unfortunately I didn’t get any help at all and the bird died three days later. 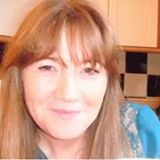 Caroline Reilly-McGlynn who tried to save the bird.

“The family were very upset and I can understand why.

“We tried to help and save the poor creature but these so-called animal lovers didn’t even come out to try and help.

“One particular person took the view that the swan was going to die anyway which I think is a disgrace.”

So touched was Caroline’s dad PJ by the swan’s plight that he dug a whole in his own garden and buried it there with a plant on top of it.

Caroline said the swans are regular visitors to her townland of Lackenagh.

She has also revealed how Sparky’s grieving partner is still coming up to her father’s home closeby looking for the other bird.

“It’s very sad to see it and my father is very upset by it all.

“I don’t know for sure but the swan could have been saved if someone had bothered to take the time and come out and check it.

“I always contribute to animal charities but this would certainly make me think twice in future if this is the kind of response they give to people,” she said.