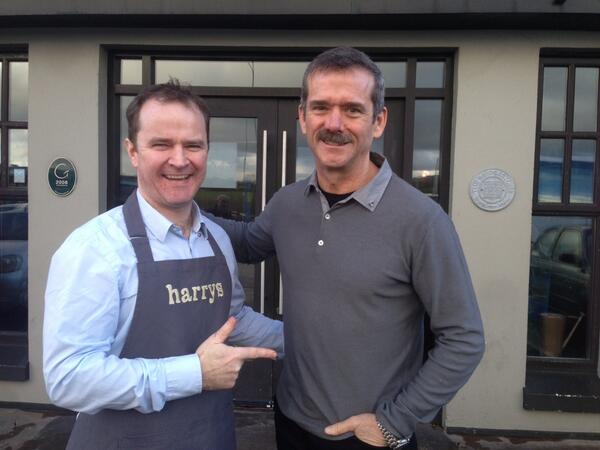 COLONEL HADFIELD TOUCHES DOWN IN DONEGAL – AND HAS LUNCH AT HARRY’S! 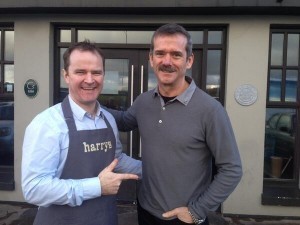 The Canadian astronaut who tweeted ‘as Gaeilge’ from space has touched down in Donegal.

As part of a nationwide holiday, Col. Chris Hadfield has arrived in Inishowen and visit a Buncrana school to learn a ‘cúpla focal’ from the local pupils today.

He has already had lunch at the famous Harry’s Restaurant in Bridgend.

Chris will also attend a traditional music session and see the spectacular Inishowen Peninsula, the starting point of the Wild Atlantic Way.

Indeed many eyebrows were raised when Buncrana Town councillor Ciaran McLaughlin officially invited the astronaut to Donegal but it now appears that the idea certainly was ‘out of this world.’

The astronaut tweeted a photo of Donegal from the International Space Station last March:

“Donegal, one of the many famous places I’ve only seen from space.”

COLONEL HADFIELD TOUCHES DOWN IN DONEGAL – AND HAS LUNCH AT HARRY’S! was last modified: January 13th, 2014 by John2
FacebookTweetLinkedInPrint
Tags:
HadfieldInishowen