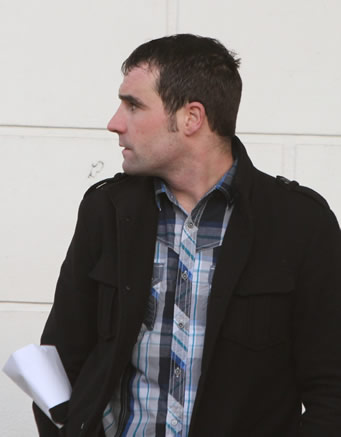 Fisheries officers told a man they would drown him like his dead brother, a court was told. 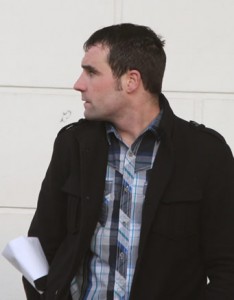 Mr Colhoun, 29, has also taken a case of assault against the fisheries officer at Green Brae along the River Foyle between Donegal and Derry in April of last year.

Mr Colhoun lost his brother on the same stretch of water in May, 2011.

The remains of tragic David Colhoun, 22, were not found until ten months later in February 2012 after a massive search.

Mr Dorrian said it was his client who was assaulted by fisheries officers when they came across him as he was exercising his dog on April 30th last.

The solicitor put it to fisheries officer Jason McCartney that officer Donal Lynch, who is charged with assault, called Mr Colhoun, of Beechwood Grove, Lifford, a scumbag before threatening him.

“He said ‘I will drown you like your brother. You know he lost his brother in the River Foyle?,” asked Mr Dorrian.

However officer McCartney said no such threat was made.

In fact, Mr McCartney said it was Colhoun who started the row.

He said he came over to fisheries officer Lynch, of Carrickmore St Johnston, and started throwing his fists at him.

Mr McCartney said “I repeatedly tried to clam Mr Colhoun down as he was in an agitated state. I kept telling him I didn’t want any trouble today and let’s not do this.

“He completely ignored my attempts and his eyes were fixed firmly on Officer Lynch. At this point he reached over and tried to grabbed Officer Lynch. He dragged him down banking by the hood and was repeatedly punching him in the face.”

A friend of Mr Colhoun, Michelle Norris, who was exercising his dog with him claimed both men had been involved in the scuffle but that officer Lynch first took off his jacket.

Judge Paul Kelly adjourned the case until April 1st next to hear evidence from a number of other witnesses.