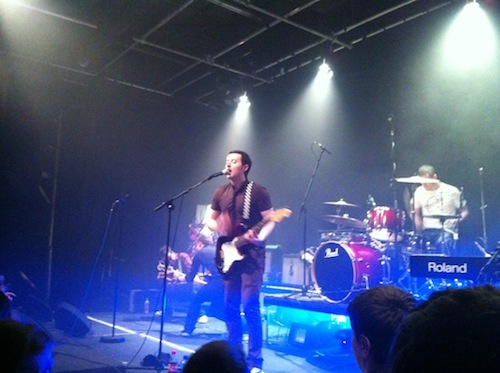 DONEGAL STUDENTS TAKING BEO GIG TO BELFAST AND ACROSS THE COMMUNITIES 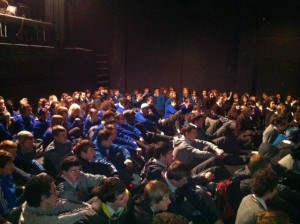 Le Mattiú O Duffaigh: MORE THAN 100 students from County Donegal will travel to Belfast this Friday – to stage a gig promoting the Irish language and cross-community involvement in it.

Beo was founded by the secondary schools of Letterkenny to promote Irish through music and music promotion, with Coláiste Ailigh, St Eunan’s College, Loreto Secondary School and Errigal College all involved.

Now Beo will be hosting another gig, this time in the Oh Yeah Centre in Belfast’s Cathedral Quarter.

And among those who will be there will be Irish language enthusiast Linda Ervine, whose later brother-in-law David went from loyalist paramilitary to one of the founders of the peace process in the PUP.

Friday’s festival aims to promote the Irish language, helps young Irish bands hoping to develop, but most importantly, to spark interest in the minds of the younger generation. The students organise the event, from booking tickets, to filming the concert. Beo’s popularity continues to grow around the country with each passing year.

Bands such as Disconnect 4, Not Squares, The Gandhis, Jamaican Vampires and many others have contributed their musical efforts to these events.

On this particular occasion, the bands “Apollo 6”,”Paper Boy” and “More Than Conquerors” will be playing in the Oh Yeah Centre in Belfast.

These bands have been praised for their “good personalities” and for their “fresh new alternative rock sound” by fans.

Multiple schools have agreed to partake in this event, including Pobalscoil Ghaoth Dobhair, Deele College and the schools that founded Beo listed above. From the Belfast area, St Malachy’s College and Gaelcholáiste Feirste are confirmed to be attending the concert.

Linda Ervine has set up Irish classes in east Belfast.

”I did actually attempt to learn Irish, but couldn’t find anywhere I could go to, so it was in my mind for a very long time, but it wasn’t an option,” she said.