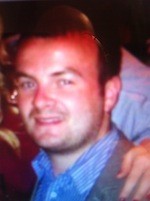 DONEGAL MAN IS MUGGED AND DUMPED FOR DEAD IN AMSTERDAM CANAL

A Co Donegal man is lucky to be alive after he was attacked and thrown into a canal in Amsterdam.

Ronan Kennedy from Killybegs who is lucky to be alive.

Ronan Kennedy, from Killybegs, was visiting The Netherlands, when the terrifying experience happened last night.

Ronan, 27, was left for dead after being mugged and dumped in the freezing waters of the Dutch capital

The woodwork teacher, who now lives in Melbourne, Australia, was only saved when a passer-by dragged him out of the water and resuscitated him.

He was later cared for by the emergency services who arrived on the scene within minutes.

Ronan said himself that he is lucky to be alive.

“I couldn’t get out myself and it was so cold that I didn’t last long. To the Dutch person who dragged me out of the canal and resuscitated me, I owe you my life.”

He was treated overnight in hospital but has since been released without any serious injuries.

Ronan is leaving Amsterdam tomorrow and is expected to arrive back in Australia on Friday.