The State has agreed to orders that it will pay most of the substantial legal costs of the unsuccessful challenge by Donegal woman Marie Fleming to Ireland’s laws on assisted suicide. 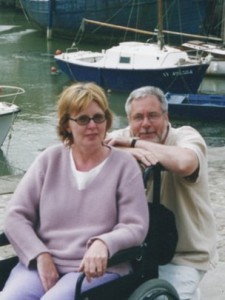 The 59-year-old, who was originally from Lifford, died last month after losing her landmark right-to-die case.

The Supreme Court agreed to an application by Ms Fleming’s lawyers not to formally draw up the costs order until her estate has been constituted.

It also awarded Ms Fleming half of the costs of her Supreme Court appeal.

Ms Fleming was in the final stages of Multiple Sclerosis when she began her court action seeking to be assisted in having a peaceful and dignified death at a time of her choice without the risk of prosecution for anyone who helped her.

Last April, the seven-judge Supreme Court ruled the right to life under the Constitution “does not import a right to die” in what it described as this “very tragic case”.