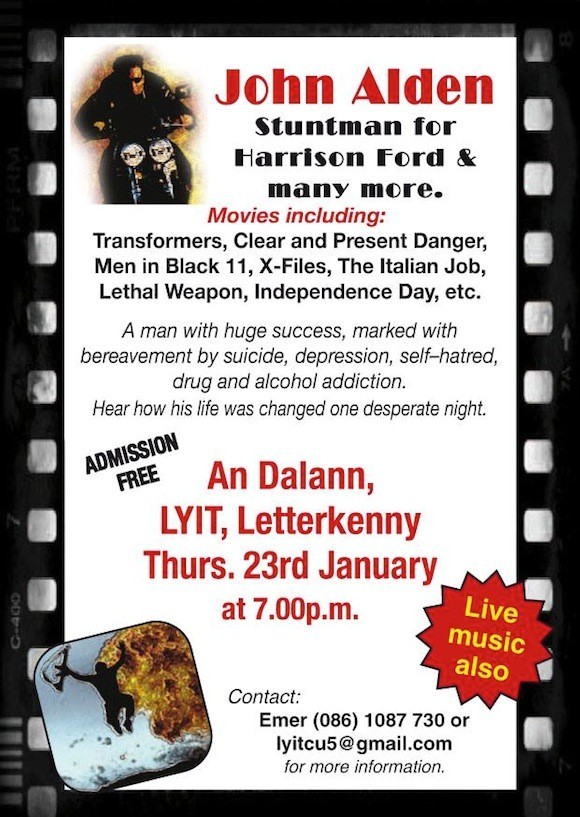 STUNTMAN TO THE HOLLYWOOD STARS IN DONEGAL VISIT

Alden has worked on more than 150 feature films and television shows performing as a stuntman, stunt-actor or stunt coordinator.

For years he was the stunt double for Harrison Ford, working on films such as “Clear and Present Danger,” “Air Force One” and “Six Days Seven Nights.”

Alden is a guest of the LYIT Christian Union at An Dalann on the campus on Thursday at 7pm.