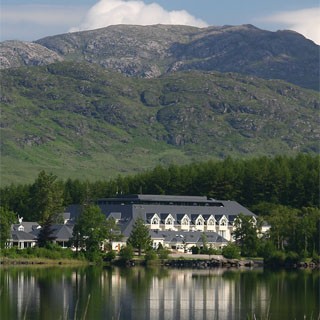 Harvey’s Point has hit the ratings jackpot for the second year in a row.

The Donegal Town hotel has been ranked Best Hotel in Ireland by the hotel rating website TripAdvisor.

The hotel on the shores of Lough Eske has also been ranked 6th in Europe and 22nd in the entire world.

Reacting to the news, hotelier Deirdre McGlone said: ‘This award from from our guests who have reviewed the hotel on Trip Advisor is a great honour. We are thrilled to be rated as the Number One Hotel in Ireland and we are very grateful to our guests who posted reviews on TripAdvisor.

“We are also delighted to be rated No 6 Hotel in all of Europe, which means that we were chosen from among the very best hotels across more than 25 countries. Our success in this and other awards, is a credit to the professionalism, friendliness and dedication of our team at Harvey’s Point Hotel, each of whom plays a vital role in delivering a superb service to our guests’

The TripAdvisor ‘Traveller’s Choice’award is the latest accolade to be won by Harvey’s Point Hotel. Over the past year the hotel won the ‘Great Irish Carvery’ competition and ‘Best Overall Wedding Venue’.

‘Winning the Traveller’s Choice award is very special, because it is the result of our guests voluntarily posting reviews on TripAdvisor and giving their honest opinion of the Harvey’s Point experience’, Deirdre said.

Owned by the Gysling family, Harvey’s Point Hotel offers exceptional standards of accommodation, food and service. The guestrooms are among the most spacious in any Irish hotel and now include eight luxury Lakeshore Suites overlooking Lough Eske and the Bluestack Mountains.

The eco-friendly hotel has created a ‘Green Guide to Donegal’ in booklet and app. formats and provides a charging station for electric cars.

Plans for 2014 include the annual Burns Night Supper in January, a Painting Retreat in April and the famous Harvey’s Point Summer Cabaret which opens in June.