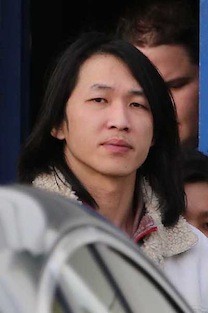 MAN WHO MAINTAINED CANNABIS FACTORY IS REMANDED IN CUSTODY

A Malaysian man who oversaw the running of a cannabis growhouse in Ballybofey has been remanded in custody.

He is the fourth person to appear in court charged in connection with the discovery of the cannabis factory worth an estimated €360,000 above a Chinese restaurant on Navenny Street on Tuesday evening.

The court heard that Ching Ann Low held the key to the premises to which the plants were being grown and also looked after the equipment used to grow the plants.

Garda Detective Sgt Niall Boyle told the court he was objecting to bail as he considered the accused a serious flight risk.

Solicitor Frank Dorrian objected saying Gardai had his passport and that his wife was also now in custody as she was one of the co-accused.

But Sgt Boyle said the accused could still slip into Northern Ireland and out of the jurisdiction.

The court heard that Ching Ann Low arrived in Ireland in October 2012 with his wife and mother-in-law.

Judge Paul Kelly said he agreed that the accused could be a flight risk and remanded him in custody at Castlerea Prison until Monday next by video-link.