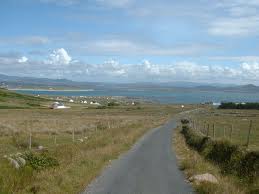 An emergency meeting is to be held on Arranmore Island tonight after a decision to remove the island’s only full-time nurse.

The HSE has taken the decision to replace the current Public Health Nurse, Susan McGarvey, with a part-time registered nurse on the Donegal island.

The action has led to anger among the island’s 500 strong population.

Chairman of the local Co-op Jerry Early described the situation as “ludicrous.”

“Like many others I am appalled that such steps are being considered. In my role as Chairman of the Coop and Island development, I would like to call a public meeting to discuss how best the people of Arranmore should respond to this ludicrous decision.

“I am calling on all concerned members of the community to attend this very important meeting, and from this we shall formulate a plan,” he said.

“Deputy McGinley did return my call, however I am Still awaiting replies from Deputies Pringle And Doherty. I am of the opinion that if they are not willing to come to us, then we can go to them. I will also be contacting all our local councillors, and our MEP Pat the Cope inviting their input in this very important matter.”

And he added “Our community has taken more than our fair share of cuts and we are not prepared to take anymore.”

The meeting takes place tonight in the island community centre at 8pm.