The Finn Valley Centre has scooped a major award. 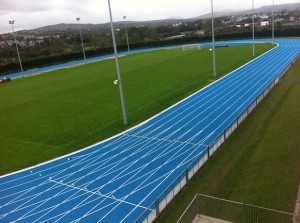 At a packed Crowne Plaza Hotel on Saturday night, the centre was the best community project initiative at the prestigious Local Authority Members Awards ceremony.

At a function attended by community representatives and county councillors from around the country, they got the nod ahead of many notable nominations from around Ireland .

Patsy Mc Gonagle thanked those who had supported and developed this added development at the Centre and underlined the positive working relationship between Donegal Co Co and Finn Valley AC which delivered the project.

He said the award provided a further boost for what is a great addition to the Finn Valley and wider Donegal community .