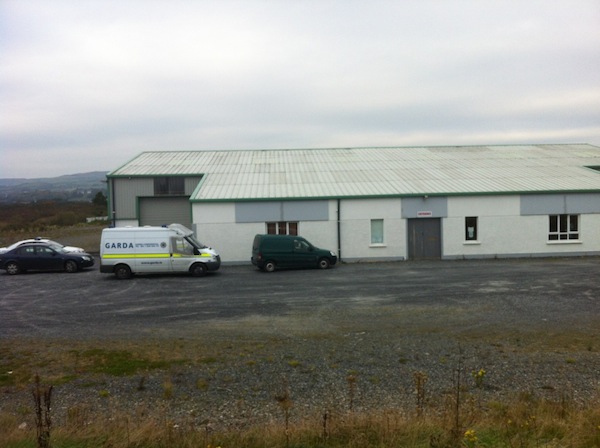 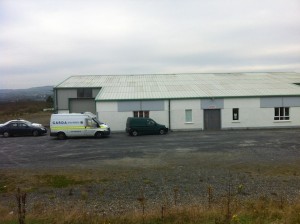 The warehouse outside Malin Town where drugs were discovered.

Gou Quing Zhou, of 7 Aran Court, Cherry Close, London and Zhen Hua Zhoug, of no fixed abode, both pleaded guilty to cultivating cannabis and possession with intent to supply at Drumaville, Malin on Oct 10, 2012.

A jury for their trial was discharged today after 37-year-old Zhou and 31-year-old Zhoug pleaded guilty via an interpreter.

Both were remanded in custody to appear at the next sitting of Letterkenny Circuit Court in April for mention.

A third man man, Zi Yu Ye, has already pleaded not guilty to the same charge. A trial is expected to be conducted later this year.