SON OF WELL-KNOWN FORMER COUNCILLOR TO STAND FOR ELECTION

The son of a former Donegal County Councillor is seeking to follow in his father’s footsteps. 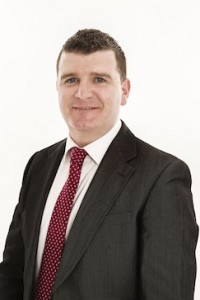 John O’Donnell has confirmed he will run as an Independent in the upcoming local elections.

A native of Kilmacrennan, John is the son of the late Councillor Eddie O’Donnell and his wife Anne.

A popular figure among young and old, O’Donnell will officially launch his campaign in The Lagoon, Termon on Friday, 7th February at 8.00pm.

Everyone is welcome to attend the launch, which is an excellent opportunity for people to hear what John has to say and learn how, working together with the people of Donegal, he will be a force for change.

A past pupil of Kilmacrennan N.S. and Mulroy College (formerly Milford Vocational School), John grew up in a busy political household, watching his parents work tirelessly for their constituents.

This grounding in political life gave him a unique insight into the importance of strong political representation at a local level and he wants to see a return to an open door policy for constituents.

Coupled with this, O’Donnell has a wealth of national and international business experience that belies the fact that he is still only in his early 30’s. He is keen to bring this drive, energy and enthusiasm to the political sphere – something, he believes, is severely lacking.

O’Donnell’s vision for Donegal centres on addressing key areas which he feels successive governments have neglected. These include creating a viable future for farmers, facilitating business and entrepreneurship, protecting people and services, developing tourism and infrastructure, restoring and renewing communities and empowering young people through education, training and employment.

Commenting on his decision to run, O’Donnell said: “I’m running as an Independent because I want to see a smarter approach to local politics, with more common sense solutions for the people of Donegal. I’m disappointed by the way successive governments have neglected and ignored the citizens they represent.

“I know firsthand how businesses are struggling and failing because the country is failing business. I want to ensure farmers, young and old, are properly and fairly rewarded for the hard work they do. I believe we can do better for everyone, but we need to vote for change.”

In particular, John is appealing to younger voters to take a stand against the way successive governments have continued to ignore their plight.

“I know that young people are disillusioned, struggling to see the value or relevance of politics in their lives. That’s understandable. Across the board, people in power have let them down, putting personal gain before the best interest of the country.

“But now is the time to act; to use your vote to empower change. We can only make the future better and fairer for all, by doing things differently today. And if we don’t vote for change, then how can we complain when things stay the same?”