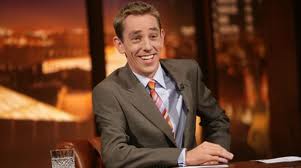 Donegal man Paul McDaid was over the moon when Ryan Tubridy called him on the Late Late Show tonight – to tell him he’d won the show’s phone-in competition.

Buncrana man Paul gets his hands on two tickets to Garth Brooks – and €10,000 in cash!