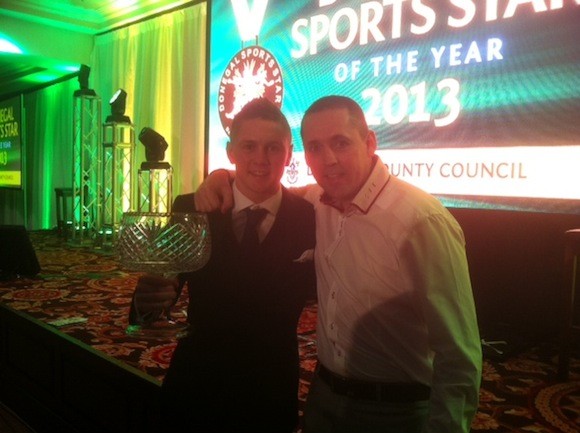 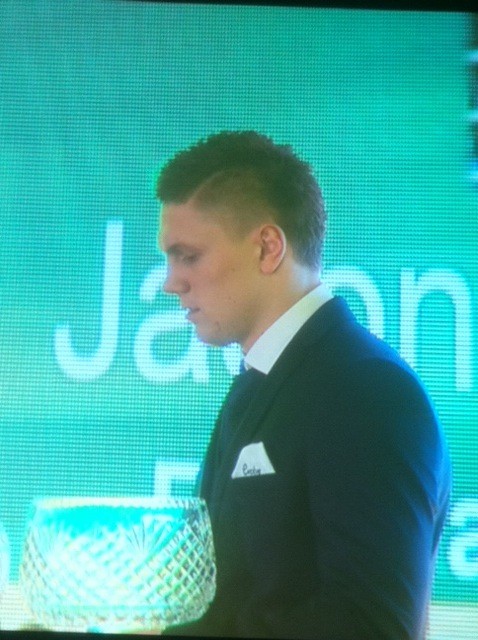 Jason Quigley gets his award tonight

Around 500 guests attended the awards ceremony, the county’s official annual sports awards and now in their 39th year.

Jason dedicated the award to his father Conor.

“He has been with me all the way and I want to dedicate this to him,” he said.

Earlier Jason Black got a standing ovation when he made wonderful speech telling kids to find their Everest and also paid a special tribute to coaches and mentors in sport.

He revealed how he had failed all his exams in school but always found his outlet through sport.

Special guest John Delaney, CEO of the Football Association of Ireland said that Donegal held a special place in his heart.

He paid particular tribute to Killybegs soccer star and said he was an ideal role model for all young kids because of his professional approach and his manners.

That’s my boy. Jason celebrates with his dad Conor.