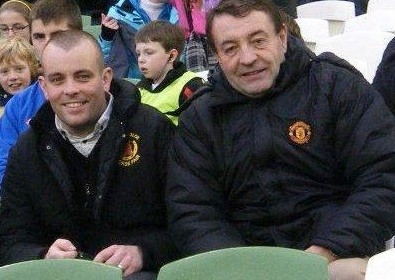 THE man who died in a tragic accident in Kilcar last night was John Campbell Jnr, the son of the Finn Harps stalwart John Campbell.

The popular 28-year-old was killed when a car he was working on collapsed on top of him around 8.30pm last night.

Gardaí are carrying out an investigation as a matter of course but it’s understood officers are treating the incident as a tragic accident.

This morning his father John, a former Harps chairman who works as the club’s secretary and Director of Finn Harps Schools, posted a picture of him with his son together on his Facebook page.

He wrote: “Memories that no-one can steal.”

The entire sporting community in the county has expressed its sympathies to the Campbell family, their wider family circle and the community of Kilcar.

The thoughts of everyone at Donegal Daily are with the Campbell family at this time.