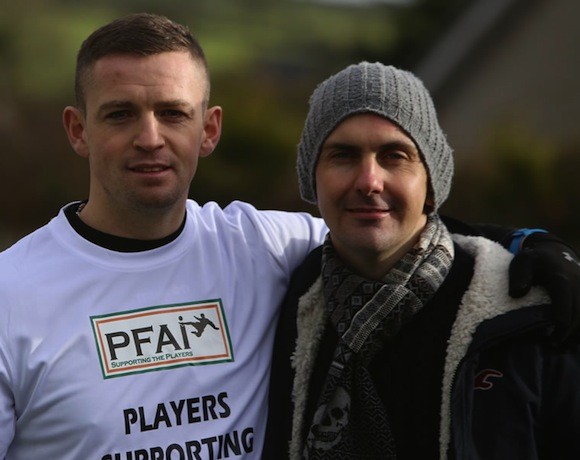 DONEGAL SPORTSTAR’S EMOTIONAL ‘THANK YOU’ AS HE BATTLES CANCER

One of Donegal’s most successful sportstars has said an emotional ‘thank you’ to the people of the county as he continues to battle cancer.

Inishowen man Mark Farren has netted more than 100 goals from 200 games for Derry City in a stunning career.

Today hundreds of people turned out to pay tribute to the Greencastle native during a 5K run in Killea in his honour. 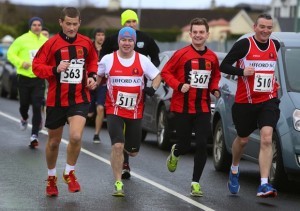 As well as Finn Harps and Lifford AC, many other clubs turned up to raise funds for the 31 year old.

An emotional Farren admitted that he was struggling to face up with his battle against cancer but said today’s event had spurred him on.

Among those who turned up was former Derry City and current Dundalk FC boss Stephen Kenny as well as former Finn Harps veteran Paul Hegarty. 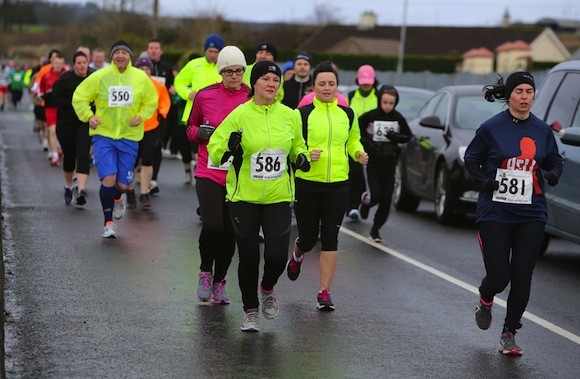