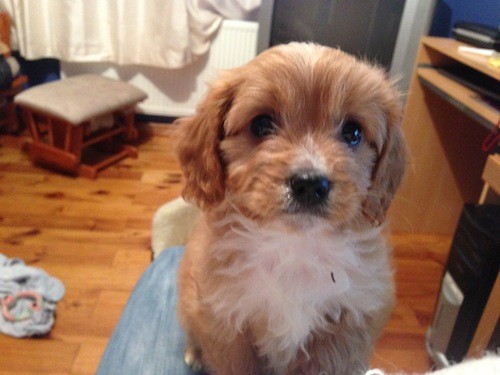 Little Ruby was left in the toilets of St Eunans Cathedral.

A tiny dog who was dog-napped has been found thanks to some ‘divine intervention.’

Even worse still were local reports that someone had spotted the dog being lifted from the Fernhill estate where they live. 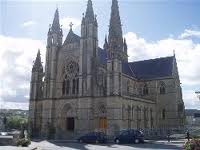 But not even Deirdre could have foreseen who was looking down on little Ruby.

That’s because she was left overjoyed when she got a phonecall to say Ruby had been found – in the toilets of St Eunan’s Cathedral.

Kind staff at the Parochial House had heard of Ruby’s plight and contacted Deirdre.

And just minutes later Ruby was reunited with her delighted family.

“We were just so delighted to get Ruby back. We would like to thank everyone who helped us.

“We’re not sure how Ruby ended up in the toilets of the cathedral but she is safe and well and that’s the main thing,” said Deirdre.

How Ruby ended up being locked in the toilets will remain a mystery.

But all the prayers said hoping for her safe return obviously worked!