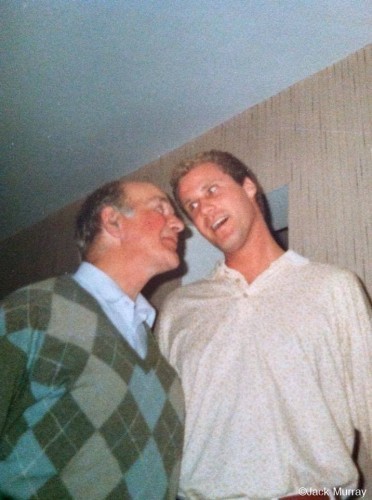 ME, MY FAMILY AND ACTOR WILL FERRELL – BY COUNCILLOR JACK MURRAY!

HE went on to become a Hollywood legend, but back in 1989 Will Ferrell was just like every other American dude of his generation – he wanted to go on holiday to….BUNDORAN.

And here are the pictures to prove it.

They belong to Sinn Fein councillor Jack Murray (in nappies back then) but show Ferrell in Bundoran.

The then Sports Science student was dating one of Cllr Murray’s long lost relatives in California and had come to Donegal with her that summer.

The top picture shows Will with Jack’s uncle Dom, at Dom’s home in Bundoran.

Said Jack: “Our cousin came to Ireland regularly to visit relatives and on this trip she brought her boyfriend Will to Bundoran.

“They were there for a week or so and met all the family who lived there. He wasn’t famous at the time of course….but apparently he was funny but fairly shy and quiet.”

And here’s Will playing Trivial Pursuit with Jack’s relatives. 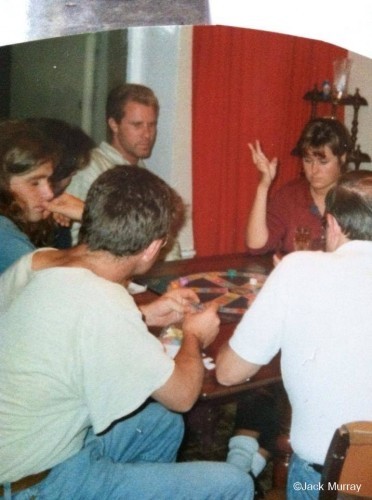 Will playing board games on his holiday in Bundoran

ME, MY FAMILY AND ACTOR WILL FERRELL – BY COUNCILLOR JACK MURRAY! was last modified: February 11th, 2014 by John2
Facebook0Tweet0LinkedIn0Print0
Tags:
bundoranCouncillorJack MurrayWill Ferrell