COUNCIL FORCED TO DEPLOY SNOW PLOUGH TO BACK OF ERRIGAL ROAD

Donegal County Council has been forced to deploy a snow plough and gritter to make several trips on the back of Errigal road due to heavy snowfall there. 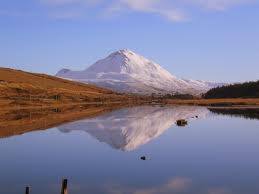 Traffic has been reduced to one lane with the roadside coming from Letterkenny to Dunlewey particularly bad.

Caution has been urged as more snow could fall on this high ground later. Snow has also reported in Gortahork and Derryconner areas.

The Muckish Road to Falcarragh is impassable in places with cars being forced to turn back after attempting to travel earlier.

A thaw is starting but the back of Errigal could freeze again tonight.