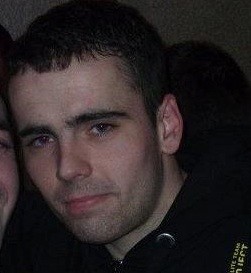 A MAN accused of being part of a group of people who wrecked a house during a stand-off with Gardaí has been found not guilty this evening.

John Boyle (25) of 14 Leck Cottages, had denied the charges in the case heard before a jury and Judge Keenan Johnson at Letterkenny Circuit Court.

Two thugs who had already pleaded guilty to offences at 72 Thornbury, Letterkenny, during the disturbance on October 13, 2011, gave evidence for Mr Boyle, saying he wasn’t involved in the incident.

During the two-hour stand-off furniture, iron bars and liquids were thrown at Gardai. Extra officers had to be drafted in to quell the situation and 13 people were arrested.

Two videos, recorded by Gardai on their mobile phones, were shown to the jury.

The prosecution alleged that Mr Boyle had been identified as having thrown furniture by Garda Darragh Craig.

But Mr Boyle, supported by witnesses, insisted he was in bed with another man and two women sleeping when the commotion began.

He claimed they had barricaded themselves into an upstairs bedroom because  other people at the party were “going nuts down stairs.”

He took the stand before the jury to repeatedly deny that he was involved in the incident.

Two other men who were found hiding in the attic of the house – Eddie McLaughlin and Martin McClelland – appeared as a defence witness in the case.

McClelland told the court today he was appearing as a witness “because I don’t want to see an innocent man go to jail.”

Thirteen people were arrested in the house after gardaí moved in. Four – including Mr Boyle – were later charged.

Garda reinforcements were sent from Ballybofey to help deal with the situation.

A 20-minute video of the incident – recorded by Garda Leanne Harraghy – was shown to the jury. Part of it was shown again after the jury asked to see it for a second time.

During the incident men hiding their faces with scarves or items of clothing could be seen throwing furniture and items from the house at Gardai dressed in riot gear below.

On the video, men could be heard shouting ‘piggy b*******’ at officers. One of them had shouted ‘No Surrender’ over and over again whilst another voice could be heard demanding 20 Benson & Hedges cigarettes.

Eventually gardai could be seen in the footage breaking down the front door and then had to remove a barrier made up of broken furniture.

Another witness, who was 17 at the time, told the court that she, Mr Boyle, a friend Nicola O’Kane and a Gareth Southgate, were all sleeping in bed together when they were wakened by the noise downstairs.

She said Mr. Boyle and Mr Southgate had barricaded the door of the bedroom with a wardrobe after they realised the front door of the house had been barricaded.

But prosecuting counsel Patricia McLaughlin, for the DPP, questioned her account of the events.

Ms McLaughlin questioned why the woman and no-one else in the room had opened the window to tell Gardai that they felt threatened by the people downstairs.

The video showed someone shouting at Gardai from that bedroom; but Mr Boyle denied that this was him.

“Who leaned out the window?” asked Ms McLaughlin

This evening the jury found Mr Boyle not guilty on both charges of criminal damage and public disorder. The verdict was unanimous.