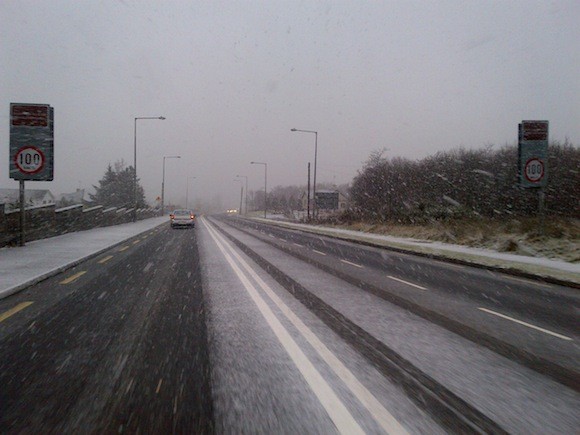 Conditions at Mountaintop in Letterkenny are already deteriorating this afternoon. Pic Donegal Daily.

Motorists have been warned to take extra care after fresh snowfalls across Donegal this afternoon.

Conditions across the county are deteriorating rapidly.

Heavy snowfalls are reported in Barnesmore Gap, Donegal Town and parts of Inishowen. 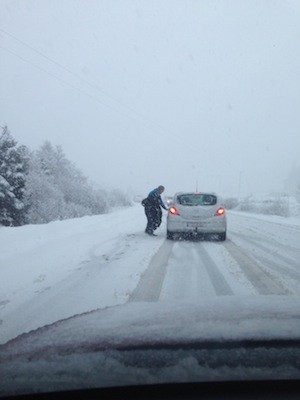 Cars are crawling in Barnsemore Gap this afternoon. Pic by Kate Bond.

Gardai have appealed to people to switch their lights on and to slow down.

A spokesman said “We would appeal to motorists to exercise care when out on the roads.

“We would ask them to slow down and to leave plenty of space between themselves and the vehicle in front.

“Driving in snow is unpredictable and we would ask motorists just to take their time and not to take undue risks,” he said.

We understand that there are long delays now in the Gap.

Traffic coming from and going across Meenaroy can also expect long delays as it has been deemed impassable due to very heavy snow.

The forecast later is for rain but for the moment the public is asked to use extreme care and attention is out and about.