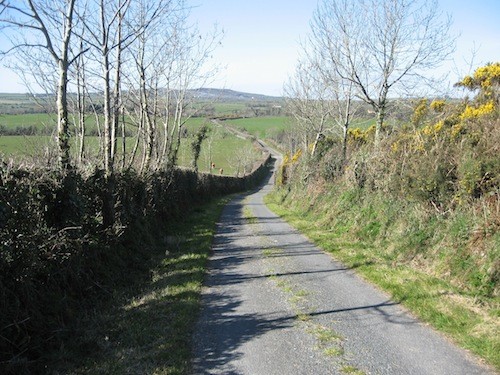 Almost two-thirds of Ireland’s bird species nest in hedges and these hedgerows provide natural corridors that permit wildlife to move between habitats so from the end of February until the start of September hedge-cutting is not permitted.

The closed season on hedge-cutting, adopted under the Wildlife (Amendment) Act 2000, recognises the importance of conserving hedgerows and other vegetation for breeding birds and other animals and plants.

“Hedges and other wild vegetation provide food and shelter for insects, birds and other animals. Donegal County Council recognises the importance of maintaining hedgerows as part of wise conservation of our natural heritage, good farming practice and protecting County Donegal’s natural and picturesque beauty.”

Under the County Donegal Heritage Plan, Donegal County Council and The Heritage Council commissioned the first survey of hedgerows in County Donegal using a methodology developed by Networks for Nature.

This comprehensive survey, undertaken by Aulino Wann & Associates in 2009, provided baseline data on the extent, composition, structure, condition and management of hedgerows in County Donegal.

Hedgerows cover approximately 1.5% of the land area of Ireland and it is estimated that there are 10,408 kilometres of hedgerows in County Donegal. Irish hedgerows are home to almost 40 species of trees and shrubs. In County Donegal, five main hedgerow types were identified:

• Ash, Hawthorn and Blackthorn with Holly and Gorse: this type was the most common of all hedgerows surveyed;

• Eared Willow, Rusty Willow and Gorse: this type was the most species-rich hedge type;

• Hawthorn, Gorse and Rusty Willow: this hedgerow type was the second most species-rich type; and

• Cotoneaster, Fuchsia and Privet, often around existing and abandoned dwellings.

The study found that 7% of hedgerows are either remnant or derelict with a further 40% of hedgerows losing structure meaning that they are not in a favourable condition for fulfilling their role in providing wildlife habitats and stock–proof barriers.

Concern has been expressed by members of the public over the decline in hedgerows and traditional field and roadside boundaries in recent years in County Donegal.