A suspected raider who threatened to burn out all the witnesses to burglaries on a Buncrana housing estate has been released on bail. 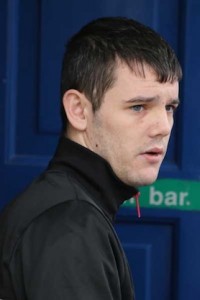 Out on bail – Jonathan Gibson.

Jonathon Gibson will now live just a “stones throw” away from the houses he allegedly burgled last weekend.

Gibson, who was charged with a number of offences at the Cloncool estate in Buncrana where he was living, will now reside at another estate nearby with his partner.

Solicitor Kieran Dillon said he was looking for bail for his client but this was strongly objected to by Garda Inspector Michael Harrison.

He said the accused had made two serious threats towards witnesses in the case while in the company of detectives when arrested last Saturday.

Detective Garda Bernard Mullins told the court he was with Gibson in the waiting room of Letterkenny General Hospital on Saturday last.

Detective Mullins said he made notes of the conversation and that Gibson threatened he would “burn out all the witnesses” when he got the book of evidence.

While in the patrol car he also allegedly said that he would pipe-bomb “all the witnesses in Cloncool Park.”

Gibson shouted that this was a lie and was asked to sit down in court.

Solicitor Kieran Dillon said that was it not the case that his client was under the influence of drugs or drink and that it was a different man that was before the court today.

“I would suggest that was a throwaway remark and was off the rictor scale,” said Mr Dillon.

The court heard that Gibson had a range of previous offences including two of arson but none involving explosives.

Judge Paul Kelly said he was granting bail on a number of conditions.

These include that Gibson sign on daily at Buncrana Garda station, that he keep a curfew and not go out between 10pm and 8am, that he not enter Cloncool Park and that he stay away from any witnesses in the case.

The case was adjourned until May 19th for directions from the Director of Public Prosecutions.