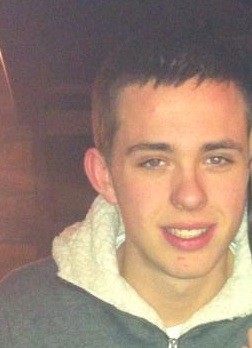 TWIN TOWNS IN MOURNING AFTER SHOCKING DEATH OF POPULAR TEENAGER

THE Twin Towns of Ballybofey and Stranorlar are in mourning after the shocking death of a very popular young man.

Dean Lafferty, who was just 18, was pronounced dead last night.

The circumstances surrounding his death at Admiran Park in Stranorlar are being investigated.

The house has been sealed off and a pathologist is due at the scene shortly.

But it was clear from Social Media last night that he was an extremely popular young man.

“So young and so talented, another young life gone far too soon…rest in peace,” wrote one girl.

“I just can’t believe what has happened,” wrote another.

Described as a “brilliant artist” the young Twin Towns man was hugely popular for his craic and his wit.

Another friend spoke about how Dean, a keen Liverpool FC fan, always had his back, right through their school years together.