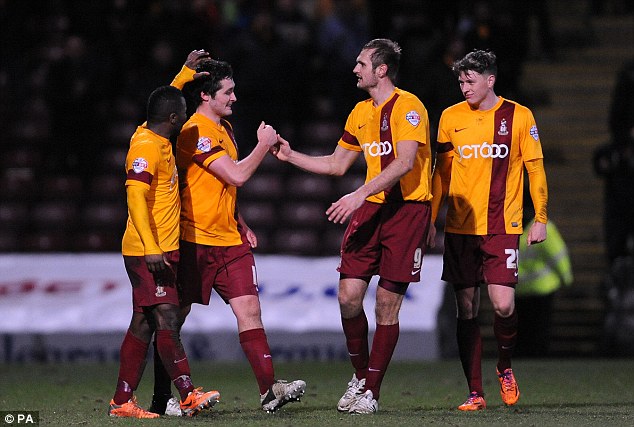 McHugh is congratulated by his team mates

And the Donegal man’s heroics had some significance for City – it was their fist win in 14 games.

The three points also helped lift the Yorkshire side into 11th in the League One Table….and end Port Vale’s run of four and half hours without conceding a goal.

McHugh’s header, from a corner, was greeted with mass celebrations among the 12,000 Bradord City fans at Valley Parade….and a few cheers in Lettermacaward too.

The Donegal man Tweeted later: “Thanks for the messages, what a shift all the lads put in tonight. Fans were brilliant too and stuck with us.”